Recently, I’ve been eating fresh fish. It’s very nice and as it’s new to Huwi and I (my housemate that has shared in this wonderful cooking), I thought I’d photograph the experience. So on this page you’ll see the fish we’ve eaten. 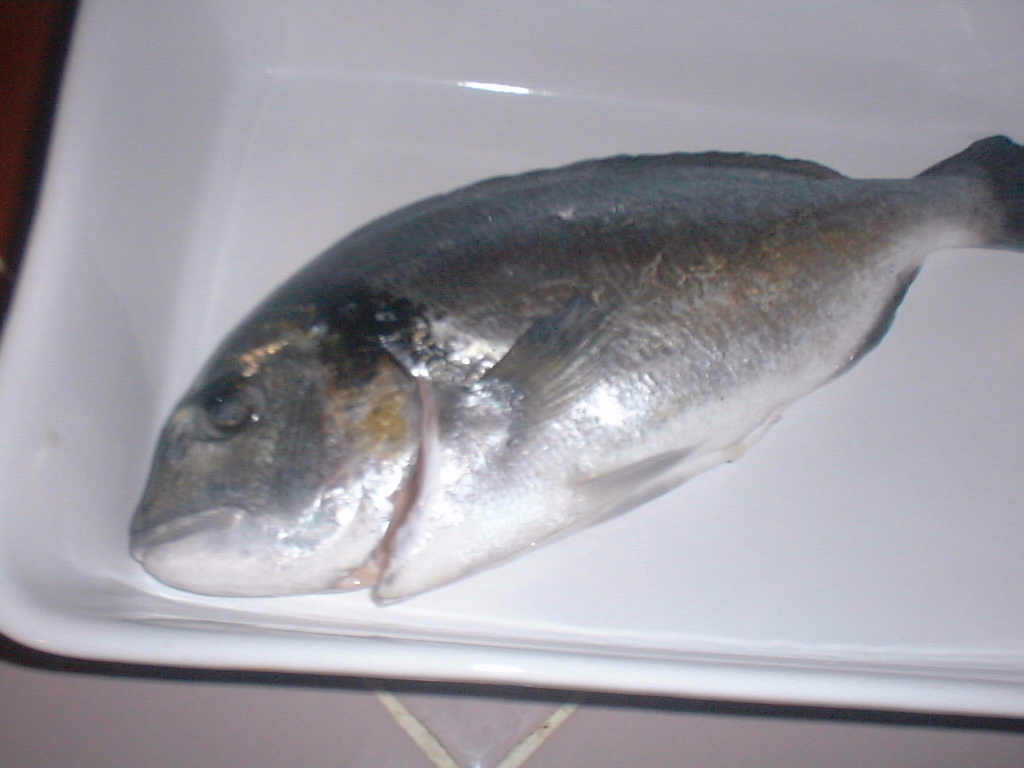 The sea bream was bought by Huwi from Brighton. I’d never heard of one until then. We cooked it in white wine and garlic. A rather large fish, it tasted delicious. Not oily like some fish, but very flaky. For a fish like that, we did the following: 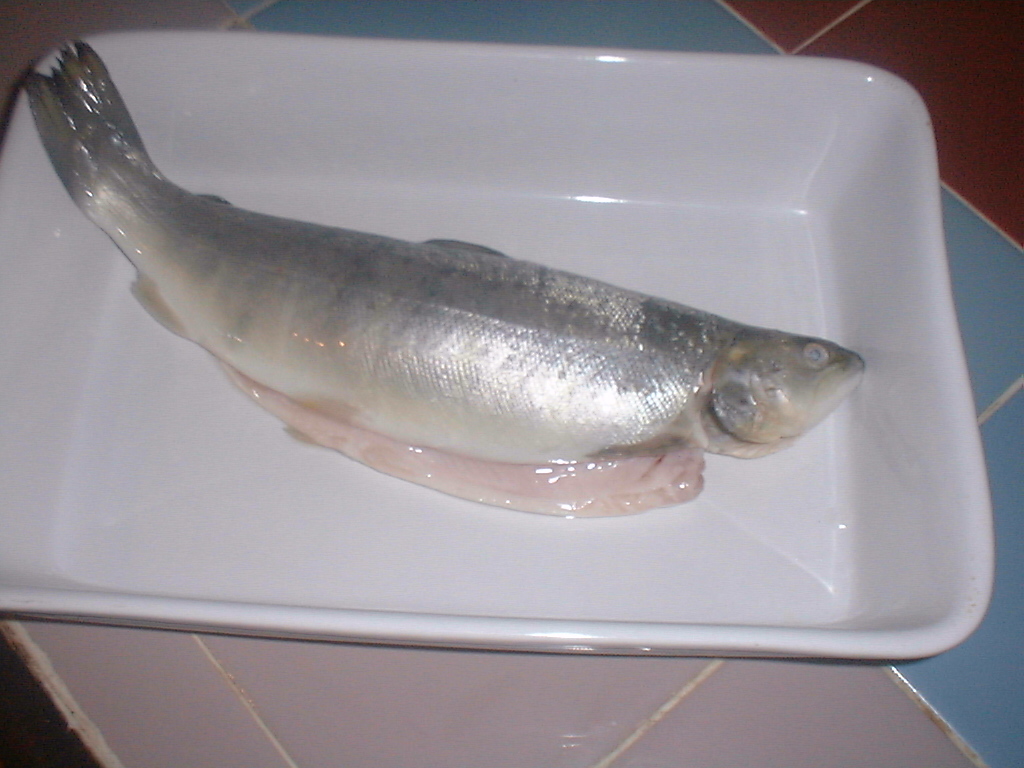 Yet another fish from Huwi, this one was very different from the sea bream. A brown trout. Longer and thinner than the sea bream, and very oily. For this fish, we looked on the Internet and found a recipe to cook it – essentially stuffed with a thyme, onion, celery and bread stuffing. Here’s what we did: 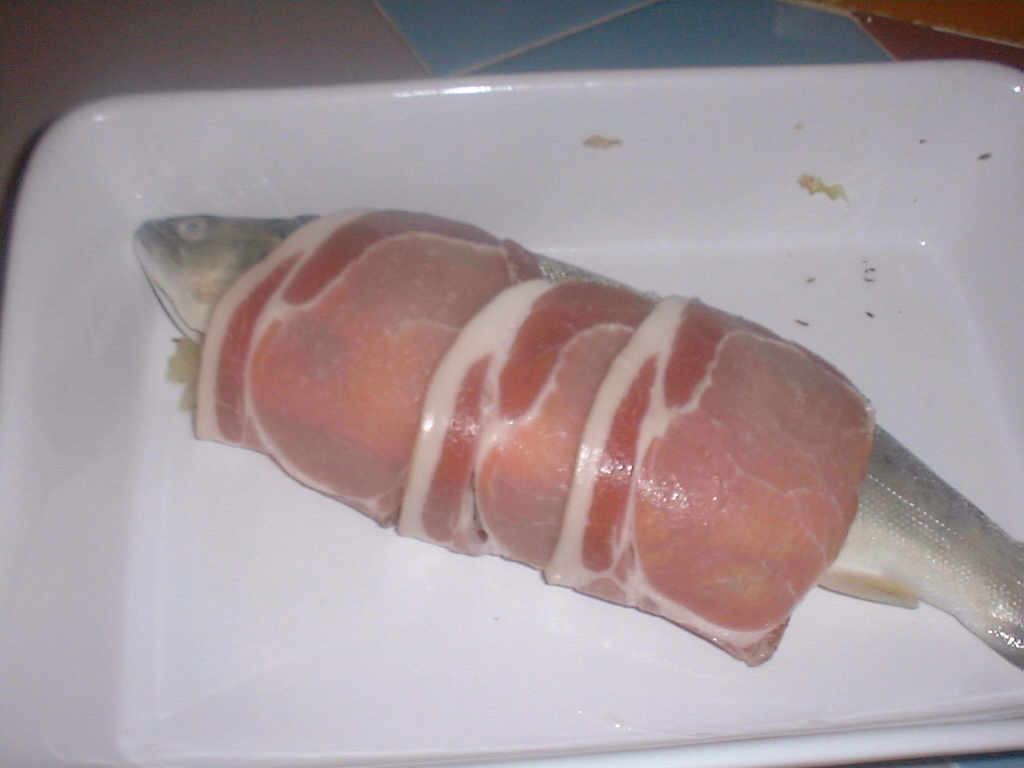 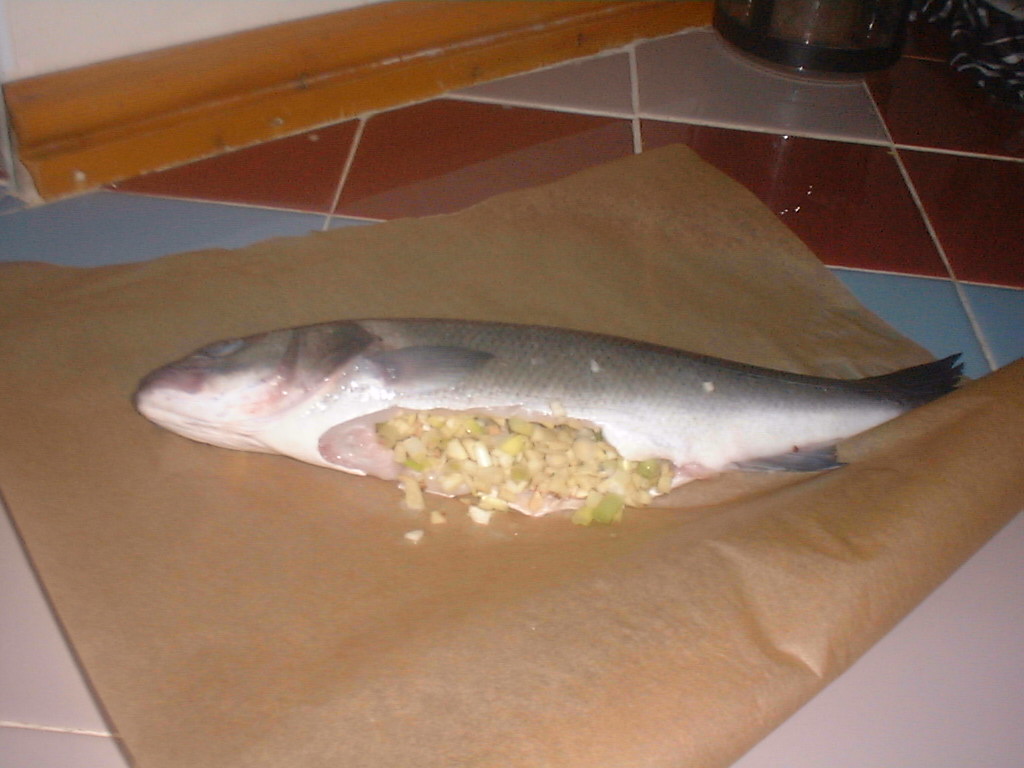 I bought this fish – quite expensive at the time, compared with the other fish. There was a hidden catch to it though, that I never bothered to ask about… When I came to wash the fish, I noticed that there was no opening. I had to gut it. But that was Huwi’s job; a braver man than I for doing such a thing, and full credit goes to him. I couldn’t have done that.

Anyway, this fish was essentially steam-baked, having a slight stuffing of garlic, spring onions and ginger. Once it was cooked, we made a soy sauce to dress it with. Here’s what we did: